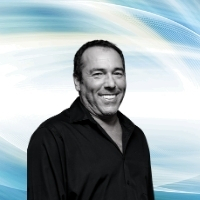 Nick Spampanato brings over 25 years of industry experience in music venue management. Currently sitting as SVP, Venue Operations at AEG Presents, Nick oversees the national portfolio of venues and their respective General Managers. There are currently 44 clubs and theatres ranging in size under Spampanato’s prevue with 5 more under construction across North America. He has been a part of the AEG Covid task force since March 2020 and has been consulting with various industry professionals and municipalities across the country.

Prior to AEG, Nick worked for MSG Entertainment for 10 years – first at the legendary Beacon Theatre in 2009 and then the famed Forum arena in 2012. Nick worked on the development agreement with the City and then oversaw the renovation, construction, and grand opening of the Forum. He was named SVP and General manager of the building in 2013. For 5 years Nick was responsible for overseeing building operations, event production, food and merchandise, parking, ticketing and all third-party service providers at the Forum.

Previous roles also include, General Manager at the Hollywood Palladium (2008) and The Wiltern (2009). Nick began his career at Universal Amphitheatre in 1992 where he managed the backstage operations at the venue. He was also the project manager for the name and title transformation from Universal to Gibson Amphitheatre.

Throughout his career, Nick has been instrumental in executing production requirements for high-profile special events including the Billboard Music Awards, Academy of Country Music Awards, AIDS Project Los Angeles, NAACP Image Awards, The Tony Awards, and for various MTV and VH1 award shows.