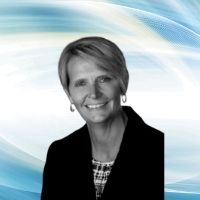 Nancy Beatty joined PDS in 2013 and serves as the Director of Athletics. Beatty’s responsibilities include the management of all areas of the Charger athletic program including budget, personnel, scheduling, athletic facilities, academics, public relations, Charger Club, and the overall well-being of the student-athletes and coaches. Beatty works directly with the Head of School to ensure the school’s mission and vision are echoed throughout the athletic program.

This past year, Beatty was instrumental in leading the challenging discussions for returning student-athletes safely to campus during the pandemic. She served as the CISAA conference President and led the charge for developing and implementing safety protocols and procedures for student-athletes, coaches, and spectators during practices and competitions.

Prior to PDS, Beatty served as an educator, athletic director, and girls’ basketball coach for both Pinewood Preparatory School in Summerville, SC, and St. Vincent- St. Mary High School in Akron, OH. With 25 years of coaching experience, Beatty has led five basketball teams to state titles, earned 16 Coach of the Year honors, and assisted 20 of her former players with collegiate signings.

As an educator and administrator at Pinewood Preparatory School, Beatty was the first physical education teacher to be awarded Master Teacher in 2009 for the South Carolina Independent Schools Association (SCISA). She also was instrumental to introducing three new varsity sport programs and served as project manager for the baseball lighting project. In acknowledgment of her accomplishments, she was the recipient of the SCISA Volunteer Athletic Director in 2012.

In addition to her passion for coaching basketball, Beatty has coached volleyball, cross country, and softball teams to several district and regional titles. From 1997 to 2002, she served as a collegiate assistant women’s basketball coach at The University of Akron in Akron, OH, and The College of Charleston in Charleston, SC, where she was responsible for recruiting, team travel, and game management for both programs.

Beatty completed her Master of Education in 2006 from Southern Wesleyan University and earned her bachelor’s degree in science from Kent State University in Kent, OH.