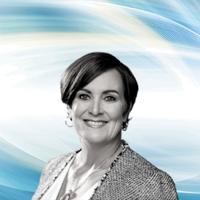 During her illustrious career in professional sports, Kim Stone has served in executive leadership roles for two of the world’s top NBA brands: the Miami HEAT and Golden State Warriors. Her experience touches almost every aspect of team business, including strategic oversight of revenue generating functions such as corporate partnerships, food and beverage, season ticket sales/renewals and concert programming as well as establishing award-winning arena operations teams responsible for running two of the world’s highest profile sports and entertainment arenas. Currently, she is the EVP of Human Capital and Special Projects for the Miami HEAT overseeing the team’s human resources, DEI and training and development departments as well as more than $100m in renovations of FTX Arena.

In SF, Stone launched Chase Center, the Warriors $1.6b development, that was named 2019 Venue Of The Year by Sports Business Journal. From 2006-2018, Stone was GM of AA Arena (currently FTX Arena), which was named the NBA’s Best Arena Experience for 2016-17 and was the first sports and entertainment facility to achieve LEED Gold Recertification in 2014.

In 2020, Venues Today named her to their “All Star List” and San Francisco Business Times’ “Most Influential Women” honoree. Sports Business Journal has recognized her talents twice: “2016 Game Changer” and a 2017 “Power Player In Venue Management.” Stone’s alma mater, UNC at Chapel Hill School of Journalism and Mass Communications, inducted her into their Hall of Fame in 2014.