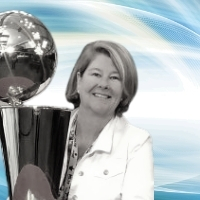 Jennifer Sullivan joined Maple Leafs Sports and Entertainment (MLSE) as the Senior Director, Corporate Safety & Security in January 2018 after a 28-year career in the aviation business.

Jennifer is responsible for all aspects of the safety & security program at MLSE which is the parent company of the National Hockey League’s Toronto Maple Leafs, the National Basketball Association’s 2019 NBA Championship winning Toronto Raptors, Major League Soccer’s Toronto FC, the Canadian Football League’s Toronto Argonauts as well as numerous development teams. With the onset of the COVID-19 pandemic Jennifer’s responsibilities pivoted to working with public health at all levels of government working on a path to the safe return of sport to Toronto and Canada.

Prior to joining MLSE Jennifer held senior positions at both the Greater Toronto Airports Authority (GTAA) and the Vancouver Airport Authority (YVR). Before embarking on her career in airports, Jennifer spent 15 years in the Canadian Air Force primarily as a Navigator on the C-130 Hercules transport aircraft.