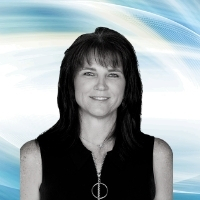 Jennifer moved into the role of Director of Athletics for McKinney ISD in September of 2020. Previously she served under Shawn Pratt as the Assistant Athletic Director and Associate Athletic Director. She has coaching experience at the middle school, high school and collegiate levels where she served as the Head Girl’s Basketball Coach at Lake Highlands High School in Richardson, and as an Assistant Coach for the Women’s basketball and softball teams at Abilene Christian University. After graduating from Plano East High School Jennifer played basketball at ACU where she was twice named Kodak All-American and National Player of the Year.

Jennifer received her Bachelor of Science in Education from Abilene Christian University in 1996 and her Masters in School Counseling from Lamar University in 2015. She is married to her husband, Justin Frazier and they have lived in McKinney, TX since 2000. They have 3 children named Zach, Brandon and Dylan.