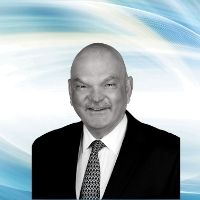 Dr. Mayer is Founder of BestPractices, Inc., the Medical Director for the NFL Players Association, a Medical Director for Studer Group, and Clinical Professor of Emergency Medicine at George Washington University and Senior Lecturing Fellow at Duke University. He was named the 2018 winner of the James D. Mills Outstanding Contribution to Emergency Medicine Award, which is the highest honor of the American College of Emergency Physicians. He was recently nominated to the Pro Football Hall of Fame in Canton, Ohio. USA Today named him one of the “100 Most Important People in the NFL.” Tom Peters, the internationally acclaimed leadership guru, referred to his work as “gaspworthy.”

When asked about these awards, Dr. Mayer simply says, “I have only one talent. I know how to hire people who are not only better than me, but much better than me. They won the awards, not me.”

He is one of the most widely-sought speakers on healthcare patient experience, leadership and management, hardwiring flow, trauma and emergency care, pediatric emergency care, EMS/disaster medicine, and sports medicine. His work in each of these areas has resulted in changing the very fabric of patient care.

On September 11, 2001 Dr. Mayer served as the Command Physicians at the Pentagon Rescue Operation and has served on 3 Defense Science Board Task Forces, advising the Secretary of Defense. He has published over 100 peer-reviewed articles, over 100 book chapters, and has edited or written 20 textbooks, including:

Dr. Mayer was named the ACEP Outstanding Speaker of the Year and has been named ACEP’s “Over-the-Top” award winner 3 times. Leadership for Smooth Patient Flow won the ACHE’s James Hamilton Award for the best healthcare leadership book in 2008. In sports medicine, his work at the forefront of changing concussion diagnosis and management in the NFL has changed the way in which these athletes are diagnosed and treated.

Dr. Mayer was the originator of the entire NFL Concussion Guidelines program, and thus has changed the nature of the game. He gives many examples of his NFL experiences in his talks.