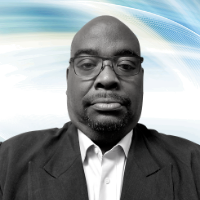 Director safety and security for athletics, university of texas @ AUSTIN

David Allison has dedicated over 25 years of service in federal law enforcement, executive protection and event security related work.  He was a member of the United States Secret Service from 1994 – 2015 were he rose through the ranks to the rank of Assistance Special Agent in Charge (ASAIC).

During his time with the Secret Service David supervised the protection of numerous world leaders from Presidents and Prime Ministers, Kings Queens and two Popes. Additionally, David is worked security operations for five Presidential Inaugurations, development of the security plan for the 2002 Winter Olympic Games held in Salt Lake City, Utah and worked closely with NFL and NBA Security during events designated a National Special Security Event (NSSE).

Prior to joining the Secret Service David served as a commissioned officer in the United States Army as was deployed during Operation Desert Shield / Desert Storm.

David currently serves as the Director of Facilities and Event Operations, Safety and Security for Athletics at the University of Texas at Austin.