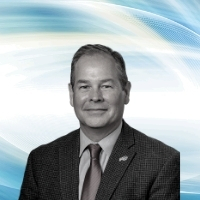 Andy Major completed his 13th season with the Buffalo Bills and 26th year in the NFL.  His responsibilities include stadium operations, event operations, event staffing and event security divisions, guest services, and parking and access.  Major implements the team’s fan experience initiatives in concert with the NFL’s Best Practices policies for security and fan conduct, and directs a collaborative effort with law enforcement, private security, and game partners to manage the game production and improve fan behavior…resulting in an all-time team record low number of fan incidents, arrests, and ejections in 2019.

Some of the more recent training programs Major has participated in are Covid-19 Safety, Disaster Preparedness, Active Shooter, Cybersecurity, and Emerging Trends in Stadium Security.  In January 2021, the Bills were the first NFL team to implement Covid-19 testing and negative test verification of all game day staff and fans at their two home playoff games.  In 2018, Major led a presentation at the NFL Security Meetings on the topic of Balancing Safety, Security, and the Fan Experience.  Also, in 2018, Bills Stadium was recognized by the U.S. Department of Homeland Security with Safety Act Designation in recognition of the Buffalo Bills’ operations and security practices. In 2015 the Bills were the first NFL team to implement an official team policy prohibiting drones from stadium property and, in concert with the Orchard Park Police Dept., the Bills were the first NFL team to help implement a local drone ordinance.  Major is formerly an adjunct professor at the University of Miami, a graduate of the Leadership Buffalo Class of 2011, and received the Distinguished Service Award in 2015 by Visit Buffalo-Niagara.  He is the Chairperson of the NFL’s Facilities & Guest Services Committee, former President of the Association of Luxury Suite Directors, and has held various roles with NFL football/stadium operations and ticketing committees.  Major is a member of the Stadium Manager’s Association, a member of the International Association of Venue Managers, a council member for the WELL Advisory on Sports and Entertainment Venues and is a board member for the Orchard Park Police Foundation.

Major earned a M.S. degree in Education/Sports Administration from the University of Miami, FL and a B.A. degree in Communications/Public Relations from Slippery Rock University, PA where he received SRU’s Distinguished Alumni Award in 2013, and was a three-year starter at safety on the football team.  Major is from Rochester, NY where he attended Penfield High School and was inducted into their Athletics Hall of Fame in 2012.  Major and his wife Sherry have three children, Rami, William, and Rachael.